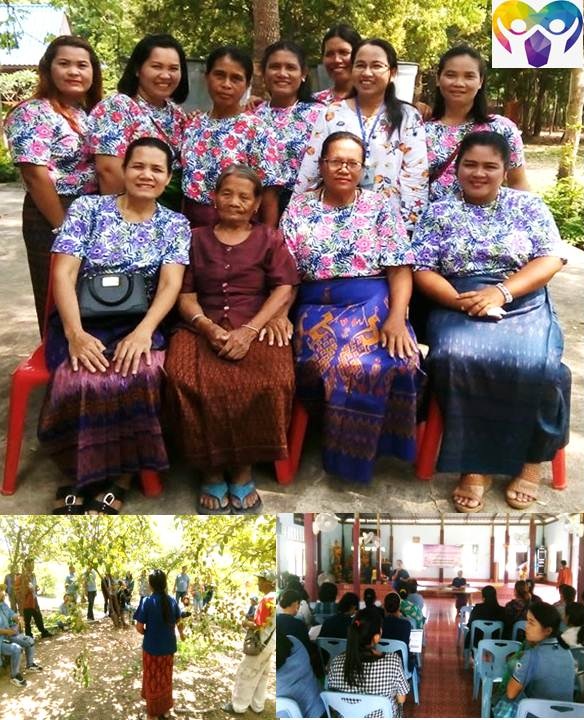 Klong Nam Sap Village Bank, the woman-based group, was established in 2005 under the cooperation of SED and woman leaders in a Khmer community to encourage and empower rural women to use their potential in financial management. Initially, the village bank had only 84 members coming from diverse occupations who participated and regularly saved 20 THB/month. Until now, it’s about 15 years passed the village bank has been operated and its member increased to 181 in 2019 with savings more than a million THB. According to interviewing, there were many reasons why the village bank has been still going on continuously. Some of the proven evidence, it was able to respond to the needs of its member, and the benefit is allocated thoroughly. Basically, the village bank allocates its profit for members (60%), village bank council (20%), social welfare (10%), the reserved fund (5%), allowance for a doubtful account (5%). Obviously, in 2019, the profit of more than 300,000 THB was allocated to its members that each of them received the return rate higher than the actual interest rate of a commercial bank. Eventually, the village bank has become so far the model of savings group attracting many organizations in Thailand and from neighboring countries such as Cambodia to learn on microfinance management.